Written by Tiffany
Comments are off
Interview

In the gleefully cartoonish Kingsman: The Secret Service, Taron Egerton gets to  live out every young lad’s fantasy, as his character goes from listless street tough  to dashing super-spy in less than two hours (with some help from Colin Firth’s spymaster). In real life, the 25-year-old Wales native gets to live out his own fantasy, after parlaying an early career that balanced theater with roles in British television into that of a budding movie star. We spoke with Egerton recently at the tail-end of grueling press tour about adjusting to the showbiz grind, acting alongside Firth, and what his friends think of his sudden success.

How are you?
I’m good—this is my last interview of what’s been a long and exhausting press tour. I’m quite relieved.

I’m honored. How are you enjoying New York City?
It’s so lovely. If I could live anywhere else in the world it would probably be here. The thing that strikes me about it I guess is the hustle and bustle. Everyone has so much personality here. It’s full of lots of rich characters. I’m not sure if I’ll ever live here but I absolutely relish the opportunity to do a play for a while or something.

Are you based out of London?
Well, London is where I spend the vast majority of my time for work but I don’t actually live there. I live in my hometown in Wales, which is about five hours from London.

Are you planning on sticking around your hometown for a while?
I think my intention is that when I’m working I’ll live in London, so I’ll need a place there as well,  but I’m not in a position to do that at the moment. I like being near family and I like to be near friends and I don’t think I’ve taken to this whole kind of crazy showbiz thing.

You got to work with Colin Firth for this film. What was your main takeaway?
Actually, he’s just a true professional, a real master of what he does. He’s great. He’s a good person to act with, and I think keeping engaged with one another is what makes a really good scene. And I wasn’t just working with him—I was obviously working with Matthew Vaughn, who’s incredible. But working with Colin is probably the heart of what I’ve loved most about the experience.

One thing that I found interesting about the movie is that your character and Sophie Cookson’s character don’t develop a romance. Instead, they they develop a platonic friendship, which is rare in a movie like this. Why do you think that is?
I think it’s a very male-dominated film and I think Matthew, on one hand, wanted to have a strong female lead who wasn’t just a romantic interest for my part. It certainly is one of the more endearing aspects of the film. And the fact that he’s not just interested in Roxy for her stunning good looks kind of makes him a more appealing character.

I heard that your body went through a pretty intense transformation for this role. Can you tell me what you had to do and some of the things you had to give up to get in shape?
Yeah, well I lost a lot of fat and put on a lot of muscle. I think I got down to about five to six percent body fat and maybe 88 kilos, which is quite lean and muscle-dense. It’s not something I’ve done before and it’s not something I’d do now. Frankly, it’s a massive, massive lifestyle choice. I’d relish the opportunity to do it again but I enjoy my food far too much to be able to maintain that constant shape.

How long after that until your body gets back to the way it was?
Oh, so quick. Disgustingly quick. Heartbreakingly quick. Within a month I was back to my old self.

How have you been adjusting to live in the show business machine?
I think it’s always a bit funny when people shun it. I’m a part of the world, I’m not shunning it. I really enjoy it, the glitz and the glamour of it. Then I like to go home and be a normal person as well. I think I’d miss it if it wasn’t there, but I don’t love it so much that I just want to occupy that world.

This is your first major promotional tour for a film. How has that experience been?
I have to say that the hotel rooms are a brilliant thing and it can be a bit lonely sometimes, but when you’ve got a full mini bar and a wonderful staff that you can call, that’s a great experience. You get lovely food and people make sure you’re very, very well looked after. That’s absolutely delightful, but there comes a point where you kind of want to go home and cook for yourself and be around friends and family.

What do your friends back home think of all this?
They are brilliantly unfazed by it. It never changes, frankly. I think they’re very proud and they have moments where they go, “My God, this is weird, isn’t it?” I have a big group of pals and we’re all very close and I think sometimes they worry because I disappear for weeks and they don’t know what country I’m in. I think they occasionally send me little messages to make sure I’m okay, because it is a kind of detached existence.

I’m guessing that’s an incredible performance, right?
Tom—yes, he’s amazing. He plays two twins and they’re both very different. People are going to be quite shocked, actually. It’s going to be quite special. The technology—there are some wonderful examples of doubling like that. The Social Network is the one that comes to mind with the Winklevosses. I can’t imagine how much better the technology’s gotten in the past six years, or whatever. I think Tom is such a recognizable face, but he’s such a chameleon, and they did it very clever with the makeup to make him different yet recognizable. It’s really, really fun and I’ve got a nice little part in it as well. 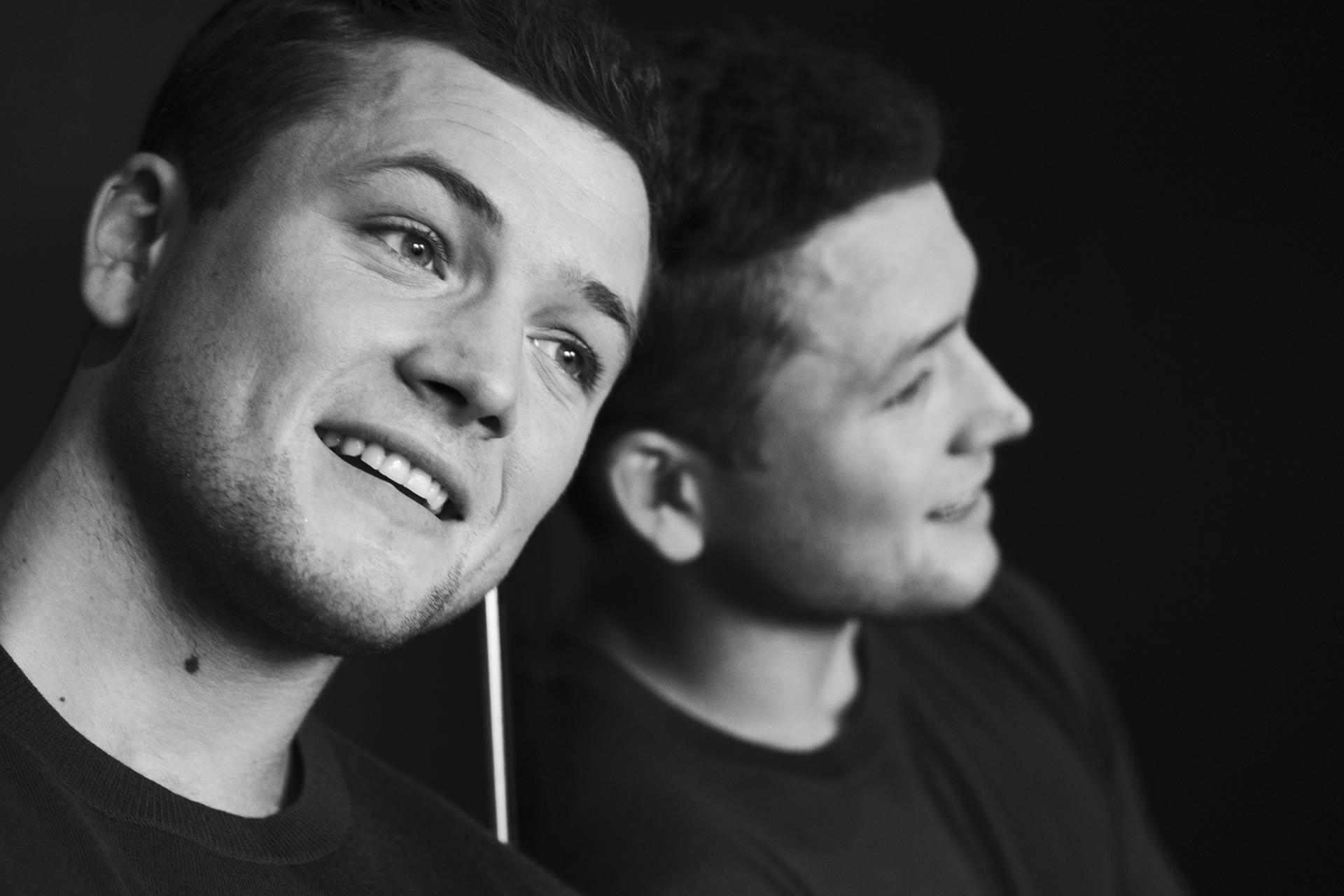