LA Times Interview: Taron Egerton Channels Elton John In ‘Rocketman,’ And The Role Is About To Change His Life 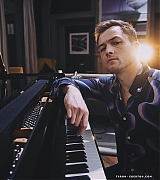 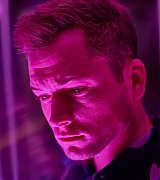 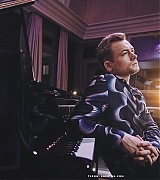 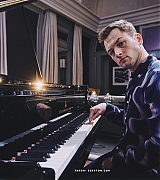 latimes.com – “Sorry for the delay,” Taron Egerton says, putting his iPhone down on a table. “I can literally say that I had to take a call from Elton John.”

Little more than 12 hours have passed since the lights came up inside the Cannes Film Festival’s grandest theater, revealing the actor and the iconic musician he plays in “Rocketman” both in tears. The crowd around them rose to its feet as the two embraced, quietly sobbing into the other’s shoulder. Then they migrated down the Croisette to a party on the beach, where the 29-year-old and the 72-year-old duetted together for hundreds of guests standing in their black-tie attire on the sand.

“It was just the perfect day,” Egerton says — one of the best of his young life. But he started it off anxious, walking into the Grand Théâtre Lumière with his breath high in his chest. He couldn’t relax for the first 45 minutes of the film, seated beside John as the performer faced depictions of emotionally turbulent years filled with parental neglect, sexual confusion and substance abuse.

“He only saw it for the first time yesterday, which is why I think he was so profoundly moved,” Egerton recalls. “He’s lived a life less ordinary, but it’s not been an easy life, I don’t think. So to see him, frankly, relive some of that and have such an acute emotional reaction? It’s an emotional thing for me.”