In With the Devil has been renamed to Black Bird. Apple released 2 new images of Taron as James Keene. Read below for more information on the show and when you can watch it! 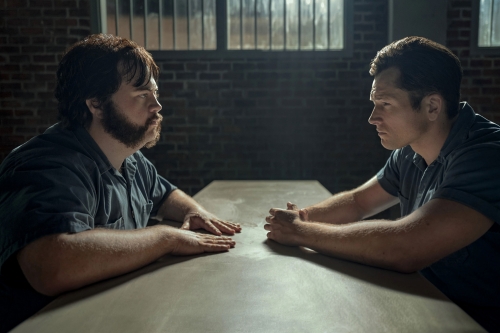 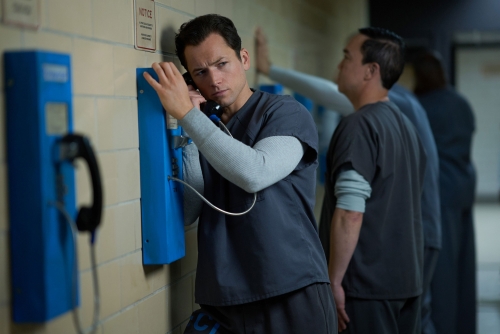 Based on James Keene and Hillel Levin’s true crime memoir “In With The Devil: A Fallen Hero, A Serial Killer, and A Dangerous Bargain for Redemption,” “Black Bird” stars Egerton as Keene, a police officer’s son who is sentenced to 10 years in a minimum security prison for drug dealing. While serving his sentence, he is offered a chance for early parole, on the condition that he move to a prison for the criminally insane and befriend serial killer Larry Hall (Hauser). Keene reluctantly agrees to the unusual case, and develops a complicated relationship with Hall as he attempts to discover the truth behind the murders the convict is suspected of committing. In addition to Egerton and Hauser, the series also stars Sepideh Moafi, Greg Kinnear and Ray Liotta.

“Black Bird” will premiere the first two episodes on July 8, followed by new episodes every Friday. The limited series will run for six episodes. 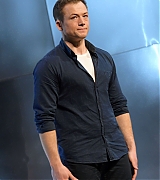 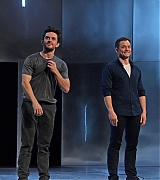 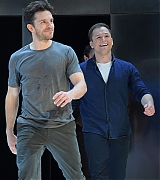 Last night, Taron attended the Universal Pictures and Focus Features Pre-Bafta Celebration which was held at the Chiltern Firehouse in London, England. Pictures from the event have been added to the gallery and can be seen below! 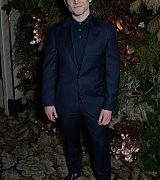 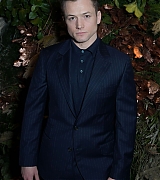 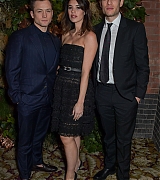 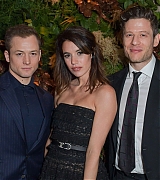 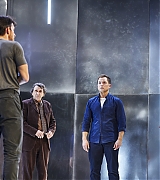 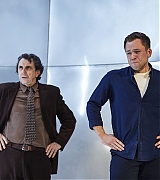 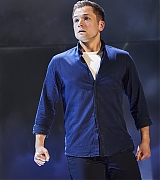 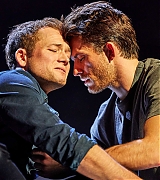 The first promotional images of Taron and the cast of Cock have been released! The show will be running at the Ambassador Theatre for 12 weeks only starting March 5, 2022. If you are in or near the London area and haven’t gotten tickets, you can purchase them here.

“The fact is that some of us like women and some like men and that’s fine that’s good in fact that’s good, a good thing, but it seems to me that you’ve become confused.”

In a world full of endless possibilities why must we still limit ourselves with labels? 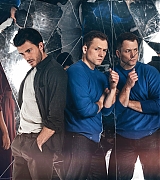 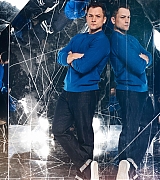 Taron will appear on tonight’s episode of The Graham Norton Show. Two pictures from tonight’s show have been added to the gallery. Below you can also view a sneak peek of the episode. You can watch it tonight at 10:30pm on BBC One. 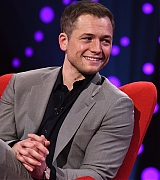 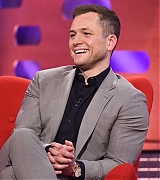