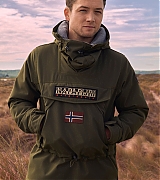 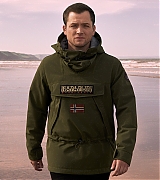 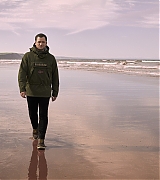 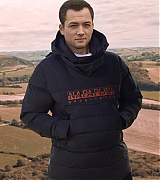 WWD.Com – Signaling its ongoing ambitions in the sustainability space, Napapijri has drafted Taron Egerton for its fall 2020 Choose Future campaign, which was shot in the countryside and on the beaches of the actor’s native Wales.

The outdoor brand owned by VF Corp. has long been flying the sustainability flag: It started working on the development of sustainable products in 2012 when it became fur-free.

Not long after, it stopped using down feathers and began introducing sustainable, lightweight, recyclable materials such as Econyl nylon, a high-performance yarn recycled from discarded fishing nets and other waste materials. It also began employing digital knitting techniques aimed at reducing the use of raw materials, water and chemical dyes.

Fall 2020 is an important season for the brand as it marks the launch of the Napapijri Circular Series, a family of fully recyclable jackets entirely made of Nylon6, which is recyclable and durable. The collection includes an anorak, puffer and longer “rainforest” jacket.

The fall 2020 shoot is the latest installment in Napapijri’s ongoing Choose Future campaign series, which made its debut in 2019. The series is meant to telegraph positivity, with a focus on “taking action for a better society,” according to the company.