Written by Tiffany on January 27 2016
END_OF_DOCUMENT_TOKEN_TO_BE_REPLACED

END_OF_DOCUMENT_TOKEN_TO_BE_REPLACED

Actor Taron Egerton had been caught between the dueling schedules of Liongate’s ‘Robin Hood’ reboot and ‘Kingsman 2.’

The rising star, who broke through with the Matthew Vaughn-directed comic book adaptation Kingsman: The Secret Service, had been caught between the dueling schedules of Liongate’sRobin Hood reboot and Kingsman 2.

The latter had been distributed by Fox but was produced and financed by Vaughn and his MARV Films banner. MARV, which had first dibs on the actor, had planted its flag for an April shoot while Lionsgate was aiming for a February start.

The situation didn’t look rosy last week, when Vaughn exercised his option on the actor, meaning thatKingsman 2 was going ahead no matter what, throwing Robin Hood: Origins temporarily into a loop. Would it wait for Egerton or recast?

But now that the dust has settled, THR has learned that Hood will shoot, with Egerton, after Kingsman wraps, likely at the end of summer 2016.

The moves have opened up Egerton’s winter slot but it may not lie vacant for long. Sources tell THR that the actor is attached to star in Crooks County, an indie crime drama package that is hitting the town. The project tells the true tale of a whistleblower involved in an undercover FBI operation in 1980s Cook County, Illinois, that resulted in the largest number of convictions of government officials in American history. Aron Gaudetand Gita Pullapilly wrote the script.

20th Century Fox is planning an April start to filming of its Kingsman: The Secret Service sequel, according to The Hollywood Reporter.

Before you get too excited, know that there are a few major hurdles that could push the start date back. First, the script isn’t complete. Director Matthew Vaughn and screenwriter Jane Goldman, the pair that wrote the first film, are hammering away at the sequel’s script as we speak.

The second hurdle? Taron Egerton, the young British actor that portrayed street kid-turned-gentleman spy Eggsy (Taron Egerton), may have a scheduling conflict. A few months ago, Egerton was cast in the title role of Lionsgate’s Robin Hood: Originsand that film is scheduled to begin filming in February. Since that shoot will be extensive there would be an overlap withKingsman 2. However, Fox has an option on Egerton which supersede’s Lionsgate contractual obligation with Egerton. That means Fox has the leverage to make Egerton bail on Robin Hood, though, THR is told by their sources that something will get worked out between the two studios.

Additional stills & behind the scenes pictures from Kingsman: The Secret Service have been added to the gallery. Check them out below:

21 additional movie stills from Kingsman: The Secret Service have been added to the gallery. Check them out below: 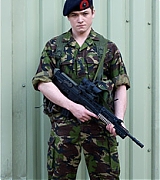 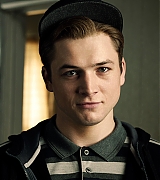 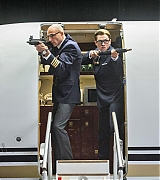 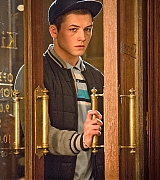 You did it, teens… Check out the first wave of nominees below and start voting for your favorites Wednesday at 12PM PST! Don’t miss Teen Choice 2015 Sunday, August 16 at 8/7c LIVE on FOX!

The Sandman
When The Sandman, also known as Lord Morpheus - the immortal king of dreams, stories and the imagination - is pulled from his realm and imprisoned on Earth by a nefarious cult, he languishes for decades before finally escaping.
Choice Affiliates

Twitter Feed
Tweets by TaronEgerton
Site Information
Taron Egerton Online is a non-profit site that is no way affiliated with Taron himself, his management, co-workers or family members. All images, video footage and other media are copyright to their respective owners, no copyright infringement is intended. This is merely a fan site run by a fan.