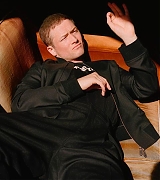 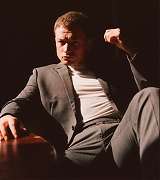 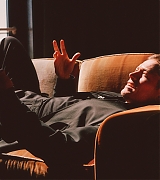 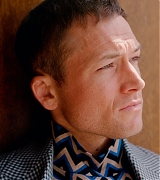 Taron Egerton channeled a pop god in the Elton John biopic “Rocketman,” winning raves — and a Golden Globe — for his portrayal of how a shy piano prodigy blossomed into an international superstar.

But in his latest role, as a convicted drug dealer in the new Apple TV+ drama “Black Bird,” he had no outlandish sunglasses or feather boas to cast off when shooting wrapped each day. For “Black Bird,” which is based on a true story, he had to cast off something darker: the confessions of Larry Hall, a man convicted in connection with one girl’s death who was suspected to have kidnapped, raped and killed many more.

“As much as it was a great experience creatively, there were days where I went home feeling like, I don’t really want to listen to this stuff anymore,” Egerton, whose character’s task is to elicit those confessions, said in a recent video call from his London kitchen.

Egerton, 32, who has lent his soulful tenor voice to characters both flamboyant (John) and furry (the mountain gorilla Johnny in the animated musical “Sing”), could have taken his pick of just about any musical role after “Rocketman.” And then there are those chiseled good looks and piercing green eyes, which seem to beg for a cape and spandex.

Instead, he wanted his next major on-camera role to be one that showed the world he was more than a song-and-dance man.